It was with no small amount of trepidation that I loaded Adia into the car. I reminded myself over and over to keep a positive outlook to keep her from reading my mood. I drove to the village and parked. As soon as I got Adia out of the car she tried to jump into my arms - all the traffic was a bit too much for her at that moment. It didn’t take long though before she was walking reasonably calmly beside me, looking for treats. We walked up and down the main street before turning into Village Paws. 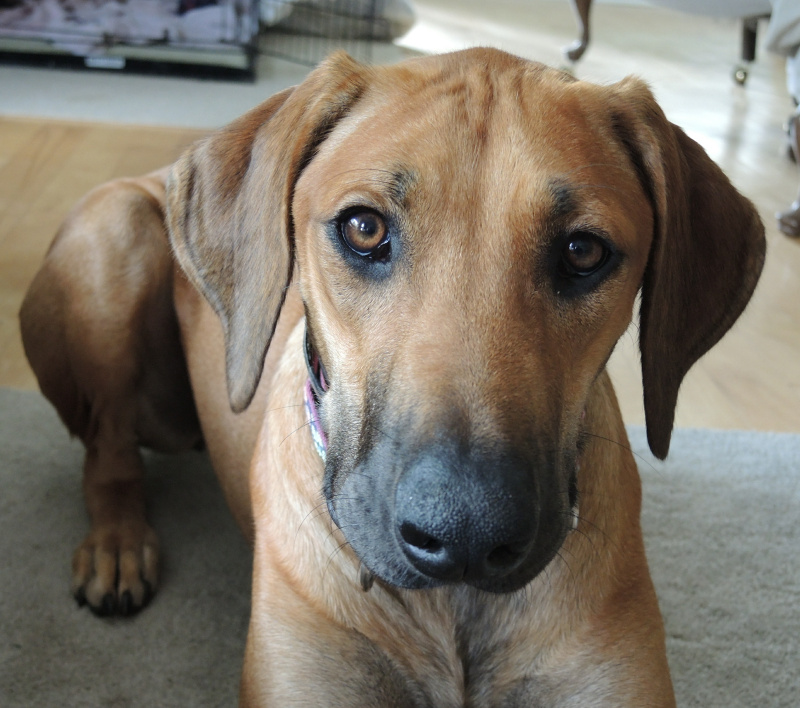 If there is one thing that gives me massive anxiety it is dog nail clipping. Seriously. I hate it. So we decided that regular visits to the groomers might be the answer. All went well and I booked another appointment in two weeks. I’ll still work on getting her used to the dremel.


So that was the first adventure of the day… the big one started after supper. I wasn’t sure how she was going to react to all the dogs in her first training class as she had kind of freaked out at Bella and Spike when she first met them. We’d seen a dog in the village a few weeks ago that had her worried as well.


We arrived early and walked around the empty grassy area - so much to smell but no dogs to see. On the other side of the parking lot a fenced area held a bunch of puppies doing a class so we moved over there and stood nearby. She looked, I treated (a.la. look at that). She looked, I treated. She lay down, I treated. In other words, it was quickly NO BIG DEAL :-)  I was pleased.


When it was time to go into the training hall, a rather cramped room, with 6 other dogs, she was a champ! There was no nose-to-nose sniffing until the end, and maybe 8 feet between dogs so she had some space. She gawked but not in a panicky way, and soon settled down.


She did the sit and down exercises, (in such a distracted environment), like a pro. She did get a little fidgety at times, but in all fairness it was an hour long class with us basically in one place. When she wasn’t fidgeting she was laying down taking it all in. She even garnered a comment from the instructor about being a laid back dog.


Pat came with me and will be a good allie/help in practicing being calm at the door. It was good to have someone to talk things over, especially when I forget to do something :-)  Thanks Pat. Next time you are over you can practice with her.


All the dog fun was preceded by another trip to the dentist for me - this time I went to Carm’s dentist who didn’t present me with a $2400 list of things to be done. In fact, some of the things the evil dentist said were wrong with my mouth, Carm’s dentist contradicted and said were fine. She said I needed gum surgery, he said my gums were good. Hurumph.


Spike and Adia are getting along reasonably well. When she goes psycho in the field, racing at a million miles an hour, she tends to buzz him which he most definitely doesn’t like, and honestly, I don’t like it when she does it to me either. Occasionally she’ll bump him and he’ll go bezerk, but again, he’s just defending himself so I let it go (besides which he has no teeth). He’s the only one that can protect him and since he is so much smaller than Adia… She mostly respects him and he is tolerant of most of the bumps. 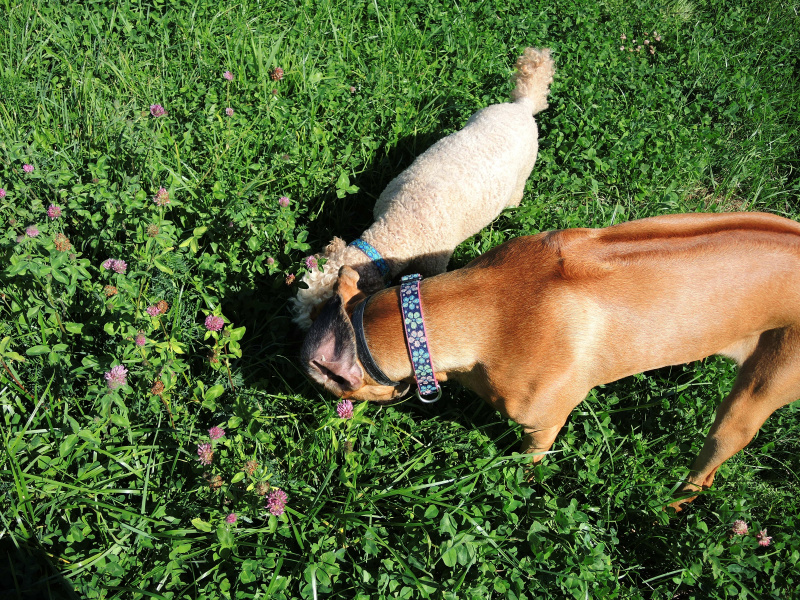 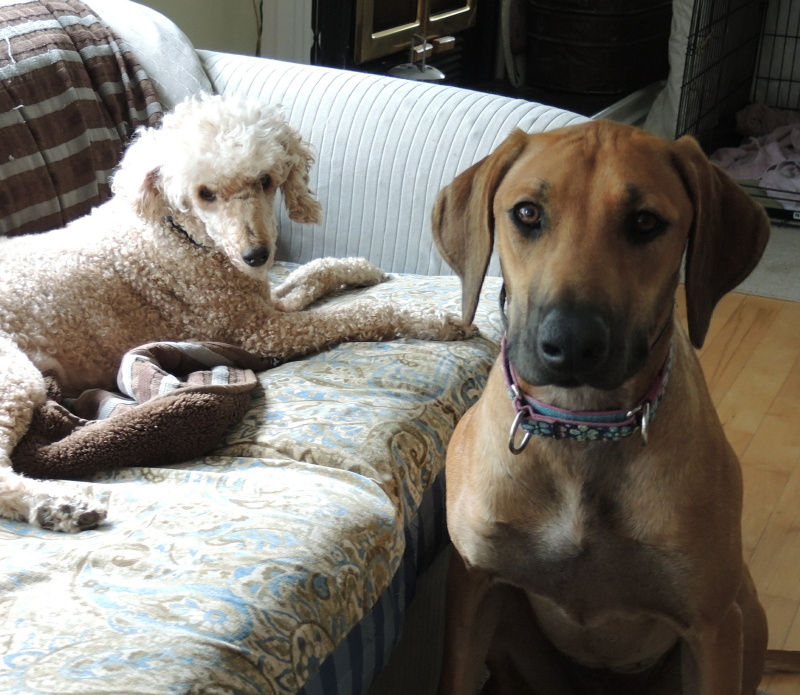 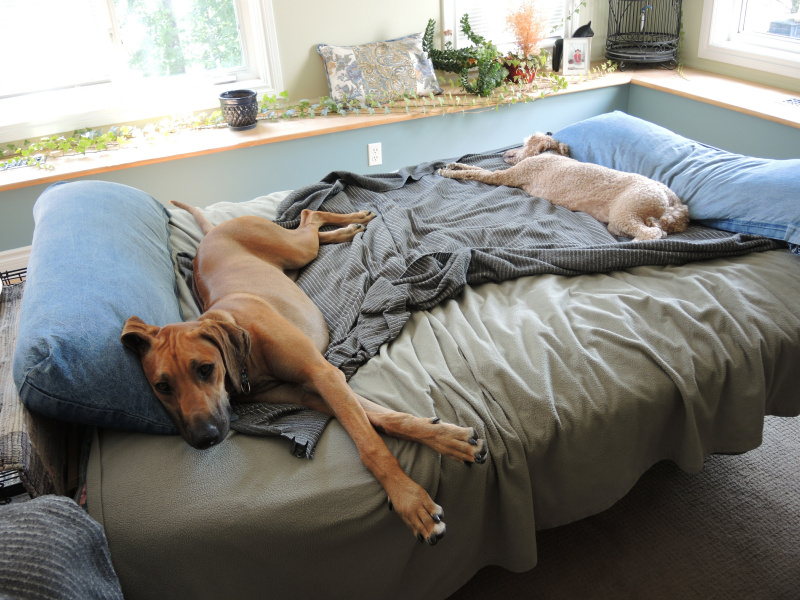 All in all a successful day, and to say that I’m pleased with Adia is a gross understatement. She is such a good dog it is almost impossible to believe that we were so lucky! She truly is living up to her name (treasured gift). 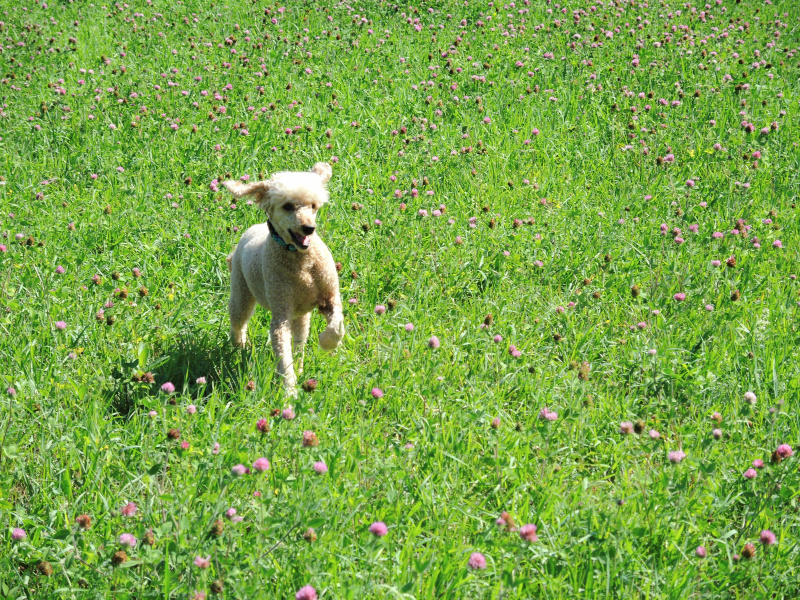 “May it be a light to you in dark places, when all other lights go out.”
~J.R.R. Tolkien
Posted by Laura