we disappeared into landscape

Its not a good thing when you can see the wind. From my cosy spot on the sofa Friday afternoon I watched it whipping the snow into a frenzy. Gusts of snow skated across the field - not like beautiful figure skaters, but like speed skaters trying to get Olympic gold.

Friday morning we decided that we wanted to go for a drive - it was sunny, but still really cold so outdoor activities weren't appealing. A twenty minute drive brought us to Liquidation - a warehouse of castoffs from Costco, Lands End, and who knows where else. It is a hit or miss affair on finding something but we go more for the outing than anything else. We did pick up a few things that we recognized as having come from Costco - the markdown is 50%, just enough to tempt us into buying things we don't really need. (wrong - I do need those candles for the camper - honest!).

After nearly drowning in all manner of stuff/junk we crossed the road to the greasy spoon - lunch time - what a coincidence, we timed our outing perfectly. I’m not sure what it is called (or if it even has a name), but they have a donair plate special that is worth the drive. The owners are Greek and according to the waitress, all Greek food is cooked 'in-house'. That explains it. Like every other visit, the waitress was friendly and efficient making the visit all the more pleasant.

While we were at the cash paying the bill we found out about the Golf Show that was taking place in the city. Thankfully our day was already well underway and there was no time to indulge ourselves in a nap ;-)

In 1989, when I visited Jordan with my dad, we discovered the street vendors with slowly turning skewers filled with cooking meat. The fragrance of the cooking meat would draw us in with our mouths watering and tummies grumbling we’d use sign language to order. It was a bit like a donair, or perhaps a shwarma, but either way we’d be weak-kneed with delight. 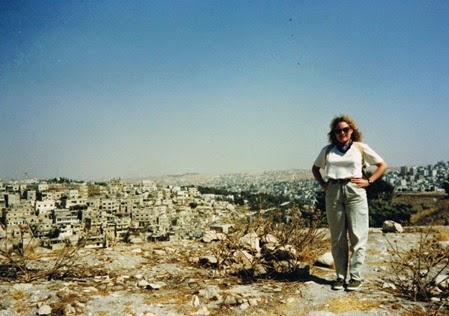 A bit of a segue… I’m not a huge Sasha Baron Cohen fan, and with this in mind we sat down to watch ‘The Dictator’. It was as outrageous as anything else he has done with its childish physical humour and potty jokes. Still, if you looked past all the lame jokes it was a pointed jab at both the US and Middle Eastern countries. Neither was given more slack than the other and I’m pretty sure if you were to tally up the jokes the two sides would come out even – evenly lambasted that is. Carm thought it was stupid but funny… I thought it was pretty stupid…

The desert could not be claimed or owned–it was a piece of cloth carried by winds, never held down by stones, and given a hundred shifting names... Its caravans, those strange rambling feasts and cultures, left nothing behind, not an ember. All of us, even those with European homes and children in the distance, wished to remove the clothing of our countries. It was a place of faith. We disappeared into landscape. ~Michael Ondaatje