Tuesday we took advantage of the reduced rate and went to see "Iron Lady". It was a great movie, and Meryl Streep was amazing (surely she'll get an Oscar for that). It is a much different experience watching a movie at the theatre - firstly there are no interruptions - the dog doesn't have to go out, or Grace doesn't ring her bell, or the phone doesn't ring... I love how when the feature presentation starts, it gets totally quiet, you could hear a pin drop. People stop chewing their popcorn and shuffling in their seats - the anticipation is palatable. 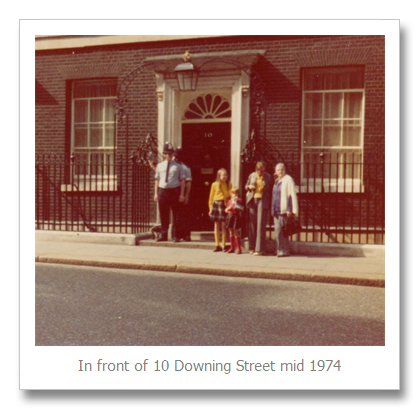 I found it interesting to see some of the news clips that they included in the movie. Some of them were from 1974 which is when we lived in England. I was just a 12 year old girl, and because we didn't have a television (imagine that!) there was never news on. I did know that there was an oil embargo and power restrictions. The local shops weren't allowed to use lights, so they were lit by candles and lamps, likewise, we were only allowed one light on in the house at a time. I remember being afraid of the dark - just before we had moved to England I had seen a horror movie, ironically called "Don't be Afraid of the Dark",  with little monsters that could only come out in the dark. There were no night lights to protect me... we were living in this older home that had fireplaces everywhere (that's there the little people came from)... oh my. A trip to the bathroom from the warmth and light of the lounge was fraught with danger! And going to bed… all by myself… way up the stairs… in the dark…

I wasn't aware though of the political unrest, not in a way that seemed real to me anyway. I think if I had seen the news clips of car bombs and riots I would have been more affected. As it was, the bomb scares and evacuations that we periodically had at school just seemed like a fun way to get out of class. It is sometimes good to be young and naive. 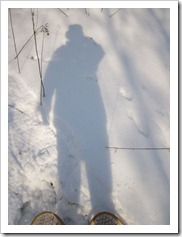 I've been out on my snowshoes the last few days but have had only limited luck packing down the new path. I think it will have to wait until all the snow is gone before the path is really boot ready. Today I was able to walk the entire route, but I did break through several times. It will be interesting to see what the melting and refreezing does for the ice layer.

The sun is getting higher. I love how it cast our shadows this afternoon. 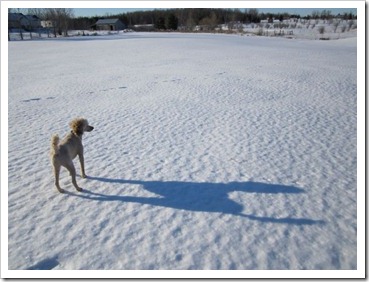 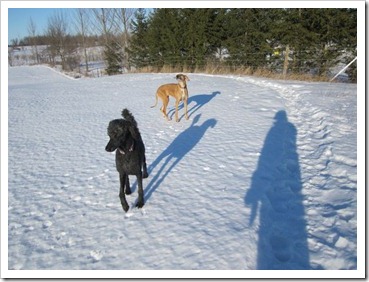