Brightly coloured lights around the giant spruce now dazzle in the darkness. We were able to go around the tree 3 times which is only a fraction of the way to the top - we’d need a fireman’s ladder to get to the top. There were a few years that we didn’t bother putting the lights up (lazy or depressed I guess) so when we did we were shocked at how much the tree had grown.

Amazon brought me a present on Wednesday: pillow covers with patterns like Oriental rugs. They are exactly the cosy winter feel that I was going for. Pillows (and even better just covers) are a quick way to change up my decor and the storage is minimal.

With the Oriental theme in mind we dragged out an ancient carpet from the basement. I’d forgotten how rustic (read badly made) the rug is. We’ll see if I can get used to the imperfections, otherwise off to the thrift store it will go. 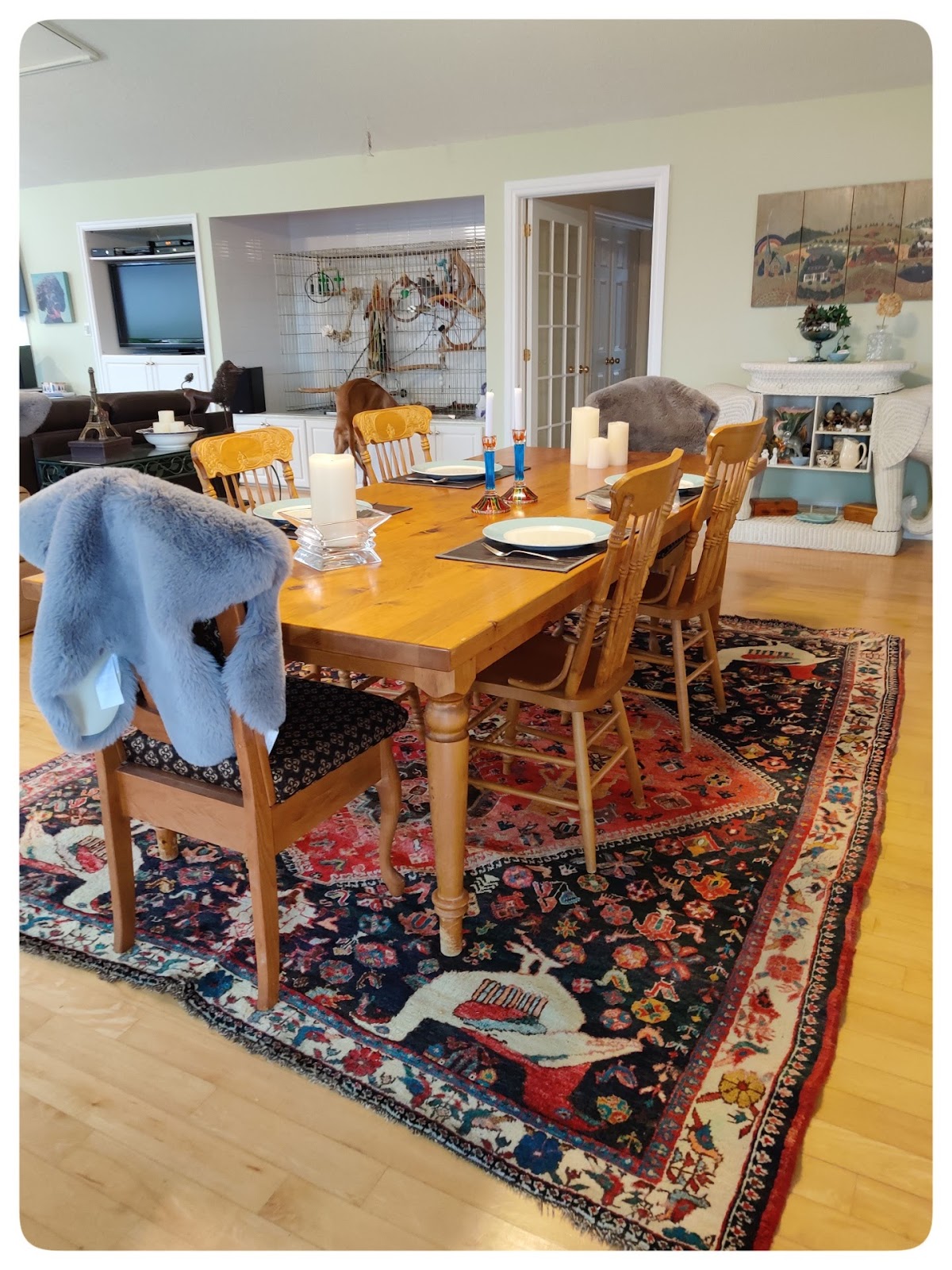 Adia is back on a full schedule of eating but unfortunately she’s reverted back to midnight poop outings. Boo Hiss!!! I’m not sure what to try next. I thought of feeding them later but I don’t want to mess around with Spike’s schedule.

Little stinky Spike had a rough day yesterday… first assault: clippers… second assault: bath. I only did his body and part way down his legs thinking that tackling hard bits at the same time might be asking for too much. Carm stabilized him with a kong filled with peanut butter while I ran the plugin clippers up and down and around. He looks not too bad and hopefully it will perk him up like a haircut often does.

We had snow today! 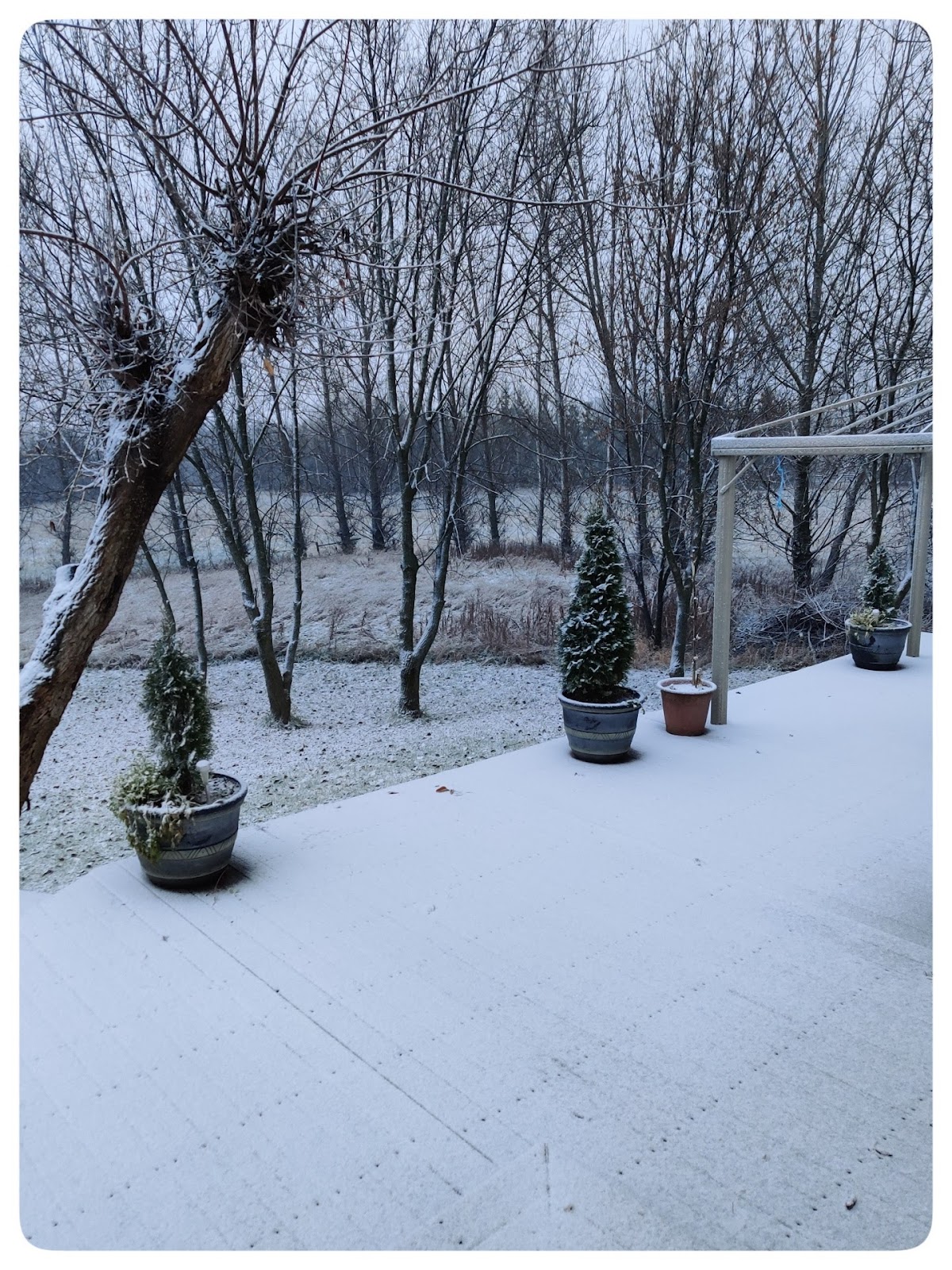 Tonight I inflicted Spanish Chicken in Bravas sauce on Trudie & Leo. I had skimmed the recipe off the internet (maybe from the Jacques Pepin Fan page site, you know, the one with the hoity toity people!) thinking that white beans, olives, and tomatoes could be good. 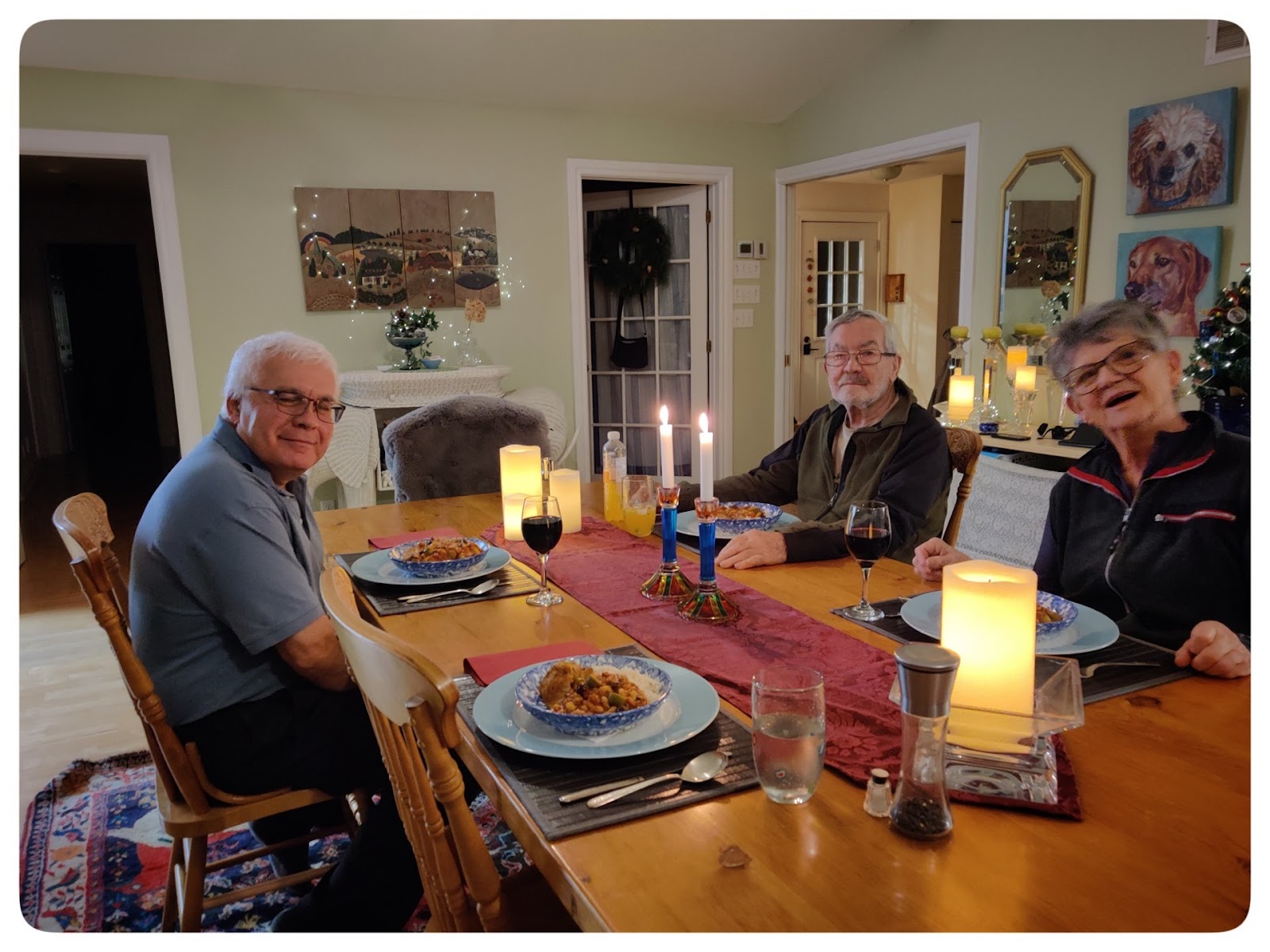 “cold hands warming up in the sun”

“coloured lights in the dark night”