A Pandemonium of Poodles Again

Jo Ellen, Don and tiny Lady joined us yesterday afternoon for a relaxing afternoon. With a poodle of each size, Kabira was the odd dog out, but she didn't seem to mind and mostly relaxed inside the camper. 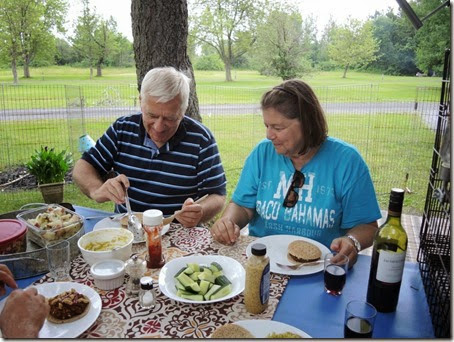 I like entertaining on the camper as I tend to keep things simpler and stress out less. I had made the "burgers" at home and had them in the freezer; a bag of coleslaw with sliced red pepper and zucchini added, topped with a Thai inspired dressing using some of the basil in my travelling herb garden; potatoes with lemon and rosemary finished the meal. 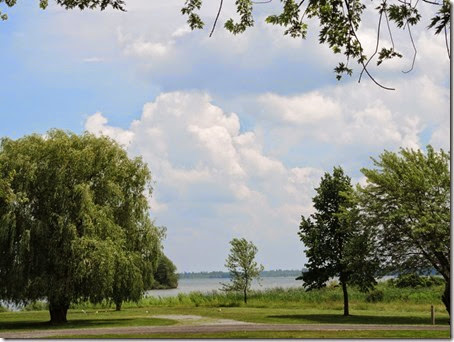 The afternoon had been partially cloudy, but there was rain in the forecast; sure enough as we sat down at the picnic table for supper it started sprinkling. We squeezed ourselves under the awning and ate with an eye to the sky. It is much easier to eat outside, so we were all keeping our fingers crossed. We were lucky! It wasn't long after we ate that the rain started coming down in sheets. Time to move inside, where we have lots of room. We eventually inflicted an episode of Graham Norton on them to pass the time till the rain let up. 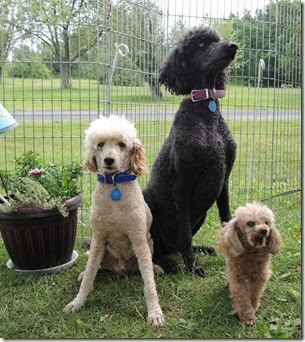 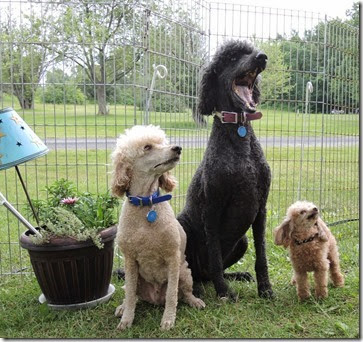 We had a good time, and look forward to our next get together - Monty Python at the movie theatre.

The rain stopped eventually but only after a brief lull that lured me outside with the dogs for bedtime constitutional. As I was outside with them the rain suddenly came down in sheets, soaking all of us. The dogs hurried to do their business and we ran inside, dripping with water. Luckily I keep lots of towels for that eventuality; the dogs love have the towel roughly run over their bodies, drying them.

As the rain subsided, the wind took its place, buffeting the trailer all night (and still today), waking me up at times with the feeling that we might become airborne.

It is cooler today and could almost pass for fall.

The rain to the wind said, You push and I'll pelt.' They so smote the garden bed That the flowers actually knelt, And lay lodged--though not dead. I know how the flowers felt. ~Robert Frost