It's the hundred and 47th anniversary of Confederation

Monday afternoon we escaped the heat the classic way – going to the movies. We met up with my mom and some other relatives to see ‘Jersey Boys’. It was well acted with an interesting plot. It took a few songs for the music to grow on me - Frankie Valli is not my all time favourite – but in the end I enjoyed every note, and will buy his greatest hits album. It was incredible to see them produce hit after hit - a creative assemblage of talents. I will admit to have the urge of clapping after some of the music numbers (thankfully I kept my wits about me)! 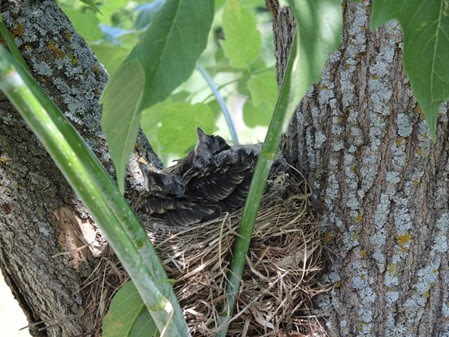 I started the day yesterday with the onerous task of clipping the poodles. Although I dreaded it, once I got down to business the job went well, and time flew by. Isn’t that often the way – time spent procrastinating is greater than the actual effort required to accomplish the task! The next hair cut will be in just a month – right before we go to Presqu’ile for almost 4 weeks! 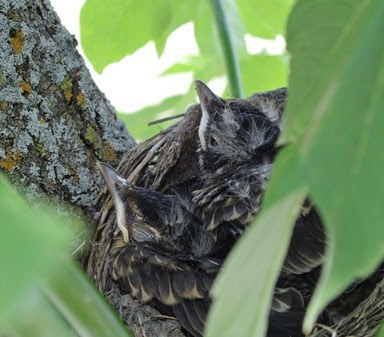 Today is Canada Day – a celebration of our wonderful country! I always remember back to the two Canada Days that I participated in on Parliament Hill – 1977 &  1978. I’m not sure exactly how I got involved, it might have had something to do with my friend’s sister, but there I was, singing and marching on the main stage – televised and all! 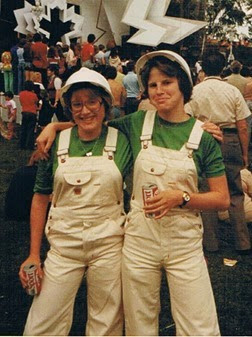 We were in the same show as Bruno Gerussi, Maureen Foresster, the Irish Rovers, and other Canadian icons that I can’t remember. While the memory of specific details has faded, I do remember the essence.

The song we were singing was an “updated” version of the “Centennial Song” written in 1967 by Bobby Gimby.

We haven’t gone up to the hill to enjoy the celebration for a few years, but I always keep my ears and eyes on alert for the CF-18s flying over! No luck  seeing them this year though :-(

Spike started writing an essay about our trip to Alberta last summer. He hasn’t gotten very far, but here is a first draft excerpt for comment.

My name is Spike, I'm a dog, but they also tell me that I’m a poodle, whatever that is. I've been around for more than a few summers, but last year's was the best.

Summer time is when we go camping, which I think is great fun. When I see my people carrying stuff out to the house on wheels, (they call it a camper), I start to feel excited. But sometimes they take days and days to get all my beds and toys loaded, not to mention my food, so I try to wait patiently... On the day we leave I sense an extra urgency, so then I keep a really close eye on them. Bella and Kabira, my dog sisters help.

We know it is really going to happen when Laura gets out the collars that we wear camping. Then I leap and jump, I just can't help myself, I feel that we are in for an adventure.

Last summer was different though. I could tell that my people were getting ready for something big. It seemed like they were running things out to the camper for weeks. Sometimes is was stuff for us dogs, but often it was boring things. Even if I could count, I don't think I'd be able to count the number of times L. emptied and reloaded the front of the camper. Not even the truck was spared this attention - even our beds in the backseat were changed and rearranged. I wondered what was going on.

I’m not really sure where I’m going with this, but it will be a fun writing exercise, although writing in past tense, dog eye might be a bit tricky.

My dream is for people around the world to look up and to see Canada like a little jewel sitting at the top of the continent. ~Tommy Douglas