All the Way to the Moon 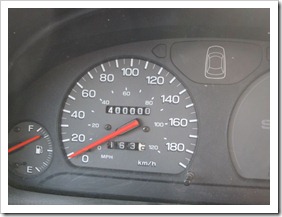 Today was an auspicious day for our little car – the odometer rolled over to 400,000 km – yes that’s four hundred thousand kilometres (240,000 miles). Long enough to have driven to the moon, but not back. Long enough to have driven almost 10 times around the earth. Wowzers little car, you’ve been a good one! Not to become a Subaru commercial but what a great car this has been. No wonder we are seriously considering another one (when this one hits the dust). 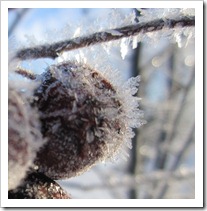 Before I get any further into my day I have to share my morning with you. It was a bit warmer this morning (-12C) so I was out of the door before my pillow had a chance to cool off. The morning was perfect – no breeze and everything beautifully decorated with a layer of frost. It was one of those mornings when I am just so glad to be alive and even winter seems wonderful.

The reason I headed into town today (and racked up all those km), was to meet up with Jo Ellen so that we could attend a retirement lunch for Blair. He was part of the directorate that I started work with so I’ve known him 30 years. I remember the first year I worked there Blair arranged a nice lunch for my 20th birthday – he was always good at those sorts of things. I don’t think he’s missed giving me a birthday card since. 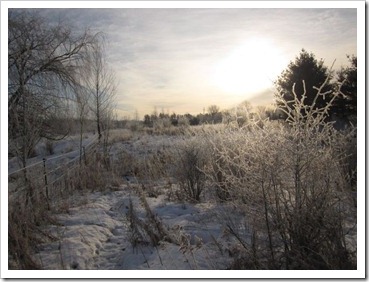 One of the people at the lunch, Dave, is sight disabled (can I say it that way?). He worked for the department in the early years as well. Dave was a computer programmer. He had a special monitor that showed one letter at a time – yes, that’s 1 letter at a time. He could write and debug code one letter at a time. In COBOL. To me that is the most amazing thing, I mean… how could he keep a whole module in his head like that. I don’t know if he still programs, but I would imagine that new technology would make it easier. He has a lovely black lab now for a seeing-eye dog. 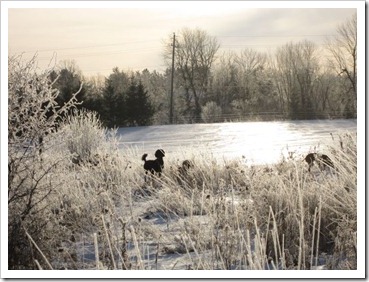 On our way home we made the usual stops. First stop Factory Direct for an SD card – they are on sale. Then to Belfast fresh food store where we ordered two 15kg boxes of chicken frames for $15 each – that will give the dogs a bit more chewing in their diet – their teeth are getting some tarter on them. And for us we picked up a bunch of fresh produce. The prices are great. Then Costco, which is never just an in and out – we bought 2 resin shelves to get a start with organizing the work shop – no more excuses!

Our final stop was for gas. Sitting next to us was this big, ummm… did I say big? What I meant to say was really, really huge SUV. As it pulled out of the gas station I could see that it was named the Armada… chortle… what! Of course what immediately came to mind was the Spanish Armada – around half of the 151 ships returned to Spain. Gosh, do you really want your vehicle associated with such a disaster? 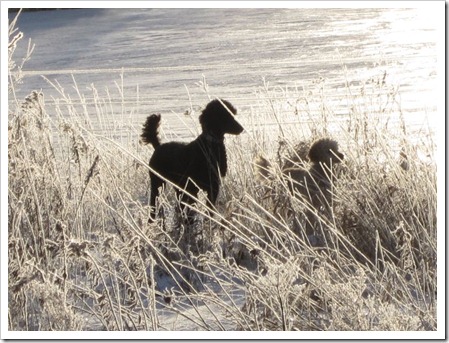 Email ThisBlogThis!Share to TwitterShare to FacebookShare to Pinterest
Labels: property