When The Great Sun Has Turned His Face Away

Carm went to his mom's for lunch today so I had the house all to myself. I didn't have anything much planned, nor any projects that I wanted to start, but I was in a putter around sort of mood. Lucky for me it warmed up to almost 8C, so I was able to put one of the slides out on the camper and play house there.

First thing I did was lay out the new carpet. I love it. This camper is not decorated to my style (which is more of an English country, floral roses sort of thing, but maybe now that I'm 50 ...), but it is nice so I'm going to keep it as is (with a few additions such as the carpet and the new pillows, etc that I'll talk about later), at least for a year. I put in the new dish soap dispenser that we bought yesterday (it fits perfectly), played around with a few containers for the end of the counter to corral things as we come in the door, and other useless types of puttering. 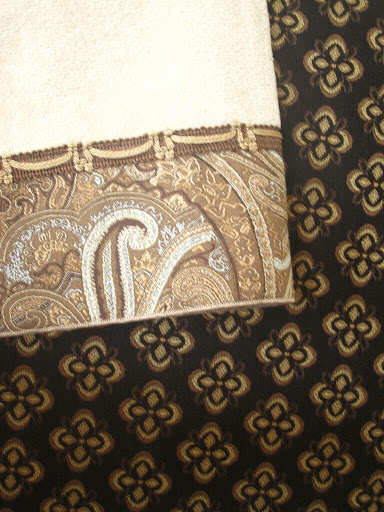 I did spend some time on Ebay looking at fabric again and maybe found a few that might do the trick. With the slide open I was able to take my tablet out and "trial" the patterns right in place. Nifty. I think I found one, but will make Carm take me to the fabric store next time we are in town in case there is something there. I'm being a bit specific though as I'm going with a bird theme again, so want something with birds on it. Tricky. (what do you think of the one below?) 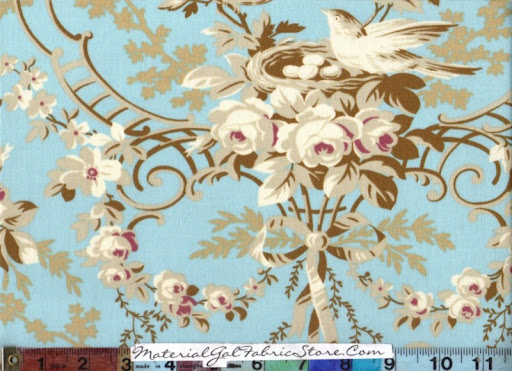 Spending bits of time in it is helping to make it seem more like "home", or ours. Although I have to say that I miss our old one, it was so perfectly home... but enough of that. Oh, someone has contacted us with questions about it - maybe it will soon have a new home - I hope they love it as much as we did.

We still haven't settled on a name. Carm still likes the Tardis, I'm not so sure about it (and I did see a camper with a "Tardis" name tag on it while driving in NZ). It is a Titanium Mystique, so I looked up Mystique and there is a comic character named Mystique whose alias name is Raven Darkholme. Hum - Raven. I like it and it goes with the bird theme. So I looked up "the Raven" by Edgar Allan Poe... ummm... not such a good connotation. Not to mention that Raven the comic character wasn't exactly a good "guy". Still, it has a nice ring. I'll just have to comb the internet for a nice, bright, cheery poem or saying with ravens in it!

I also played with Spike the (spoiled rotten) Wonder Dog. I hadn't done any "find it"s for a while, probably since before Christmas, so thought we would give it a try. First I took a toy that he never plays with, showed it to him and let him sniff it. Then I walked around the house and hid it while Spike was on a down stay in the living room. Find it! And off he ran. First he just followed the path that I had taken, but when that didn't work for him his nose got into gear. You can hear him sniff and then snort out as if to clear his nose. First he picked up my socks - he came out to the hall where I could see him, but I just told him find it again, so he put the socks back in the bathroom (seriously), and continued on his search. It wasn't long till he made the find and came trotting over to me with it in his mouth. GOOD BOY (and a tiny hotdog treat).

Next I thought we try something totally different. I picked up a calendar that was sitting on my desk, showed it to him and let him sniff it. Same down stay, same walking around till I hid it. I didn't hide it well as I did want him to find it easily, since it was so unusual. It took him less than a minute and there he was with the calendar in his mouth, trotting towards me. GOOD BOY! (more hotdog treats and a kiss for good measure). It boggles my mind how he knows what to look for with so little training in this regard. I really should take a proper tracking course with him - we'd both have a blast.

I sat down with last years blog book for a while. It was fun reading (not so fun reading the bits with bad grammar though - Carm you are supposed to be catching some of them!). I've been blogging now for 2 years and 4 months. At the end of each year I've sent my blog off to BlogtoPrint and gotten a hard copy done - I'm really going to treasure these years from now. I suppose that's why I talk so much about what I'm feeling, I do want to capture that here.

The tulips are hanging on by a thread, but they haven't given up quite yet. That's over a week - good value for 10 bucks. 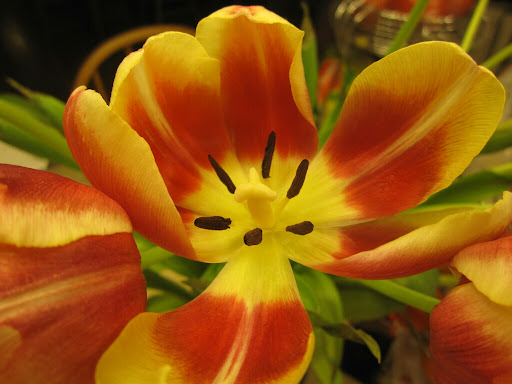 So those were my pleasures today - pretty simple stuff, but aren't all the good things in life simple pleasures. (looking back I can't believe how much I blathered on!).

I couldn't choose between these two quotes - they each have a different feel, and the first one speaks more to how I feel today. But I loved the imagery of the second one so that's why I included it.

Every winter, When the great sun has turned his face away, The earth goes down into a vale of grief, And fasts, and weeps, and shrouds herself in sables, Leaving her wedding-garlands to decay -Then leaps in spring to his returning kisses.