Overnight Visit with the Family

Saturday morning we headed off to the great wilds of Quebec to have a family day and sleepover with my family. My brother’s wife’s parents were kind enough to loan us their lovely cottage for the weekend so we had a good long visit with everyone. Unfortunately the New Zealand crew weren’t with us.

On our journey there we experienced some tire problems so had to stop several times to air up the tires. In the end they settled down so we could make the rest of the journey problem free. We did make one further stop though – a little place on the side of the road (Brennan’s I think it was called) for a pogo stick and some fries for lunch. No poutine though but that would have been a more traditional lunch dish in Quebec! For those of you who don’t know about poutine, it is fries topped with cheese curds and gravy – a real trinity of fat!

As we got to within 10 miles of our destination dark clouds rolled in. The rain held off till we got our stuff loaded into the cottage, and even gave us enough time to go for a walk to a charming little church tucked in a cove on another lake. Very pretty and according to Graham, nice swimming. The slippery rock eases into the water and then has a sharp drop off. No walking for ages like Presqu’ile. Oh – and we had to watch out for poison ivy on our walk! 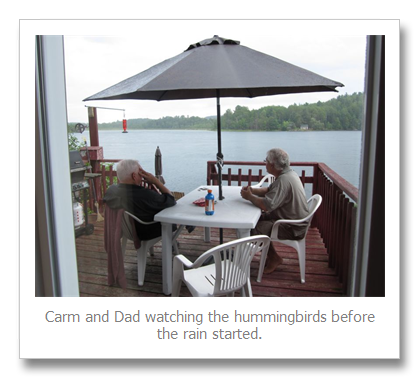 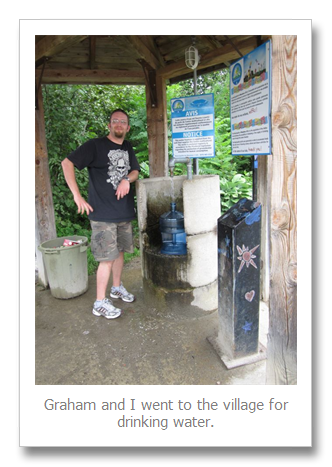 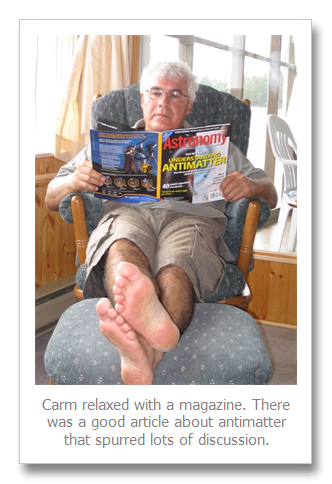 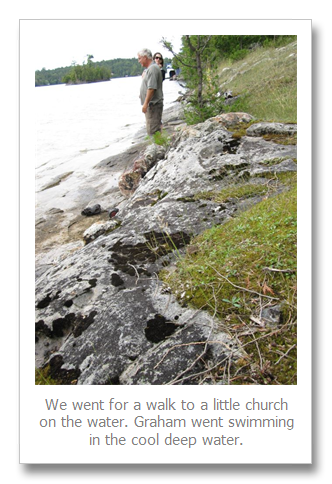 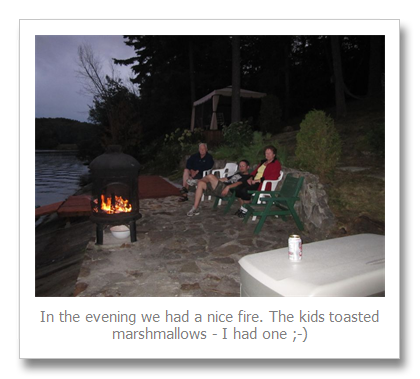 It was a great time! I’m already looking forward to the next time we can all get together like that… and maybe even with the New Zealand crew (I can dream can’t I).

We left the pets behind with Marc, my friend’s son. He had stayed with them once before but it was hard to leave them behind! I think I suffered more than they did though – according to his note he cuddled up on the futon with them to watch tv – what a good puppy sitter :-)

Email ThisBlogThis!Share to TwitterShare to FacebookShare to Pinterest
Labels: family