Greetings from Out of the Blue

The other day I got an email from someone who’s sister lives in our ancestral home in Norway. How cool is that! I have a few photos of the farm on my website and talked about why I named my horse breeding business after his ancestral home. I guess when he did a search for on the farm name he came across my website and the story behind the name. (I posted a photo way back in April – see post with photo of farm). I have come in contact with a few people this way over the years. Apparently now the farm is a designated Historical Site. 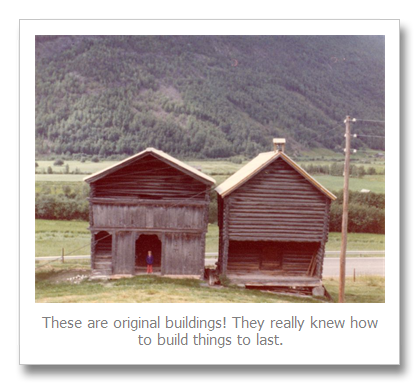 “a distant ancestor was awarded a large piece of land by the king of the day (King Christian IV 12 April 1577 – 28 February 1648) – it seems that my ancestor had killed a Scottish dog so that the Norwegians could ambush the Scots who were invading them. Our family name comes from the name of the farm (which still exists) in Norway.”

Thanks to my cousin Bjorn in Norway for more details:

“This was King Christian IV of Danmark and Norway. The Swedish king had hired 500 Scottish Mercenaries to attack the Danish troops from behind.
They were stopped at Otta 2-3 km south of your ancestors farm. Only 18 men survived the battle. It is known as the Sinclair-battle after the commander in chief. He was killed during the battle.
Some of the Scotts didn´t return to Scotland but married in Gudbrandsdalen and left their mark on some of the National Costumes from that valley. The Rutastakk with it´s color and design is originally from a Scottish kilt.“ 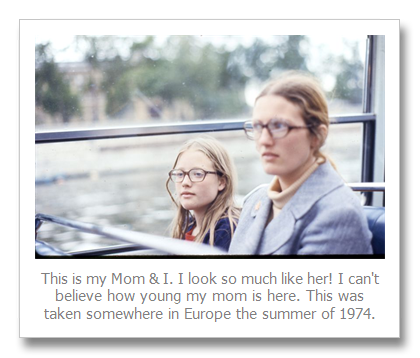 I had an appointment with my new psych doctor today – it was just my third with her so we are still getting to know each other. I mentioned that I try to include a list of daily pleasures in my blog and gave her some examples. She thought it was a great idea that helps me to remember to be mindful… if only for a few minutes. So that is my encouragement to remember to do this everyday. I hope my pleasures remind you to take pleasure in things around you. 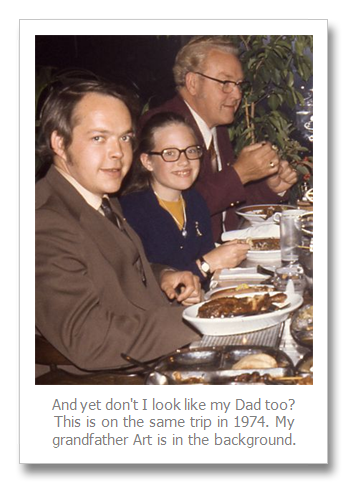 So, for today… the pretty peachy pink insides of a peach and the delicious burst of flavour when paired with some blueberries ;  getting three beautiful red tomatoes from my in-laws garden ; the lovely liquorishy smell of some fresh picked basil ; the taste of a pop-tart from the sample stand at Costco ; here’s a bad one – eating a Costco hotdog with all the fixings – how an they sell them so cheap? $1.99 including a large drink! When you are hungry it can really hit the spot ; watching Sunny – Carm’s brother’s toy poodle play with a squeaky toy – he really had fun.

If you are waiting for anything in order to live and love without holding back, then you suffer. Every moment is the most important moment of your life. No future time is better than now to let down your guard and love.

Email ThisBlogThis!Share to TwitterShare to FacebookShare to Pinterest
Labels: reminisce