I  was standing at the kitchen counter today cleaning up roasted red peppers, it’s not my favourite job but I was filled by such as sense of peace and contentment. I didn’t feel rushed like I did when I was working, but could instead just enjoy the process. I’ve always had a sense of… humm I can’t think of the right word… but when I’m doing things like baking bread, preserving food and often when cooking as well - it feels good – maybe like pioneers must have felt when they had a full larder.

Pleasures? Eating some freshly cut sweet juicy pineapple ; watching the dogs run for their crates as suppertime – on your mark, get set, GO! ; screwing a few of the legs of the screen shelter to the deck – it was very satisfying feeling the screw grab into the wood ; smelling the red peppers roasting on the bbq ; still eating the occasional tomato salad – last night’s might have been the last though – and darn, I bought some basil and forgot to use it ;

The list didn’t do me too much good today – I got caught up in my scrapbook software… but that’s okay ;-) 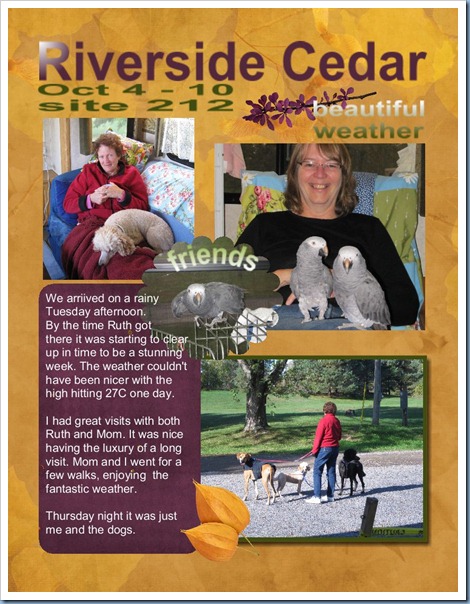 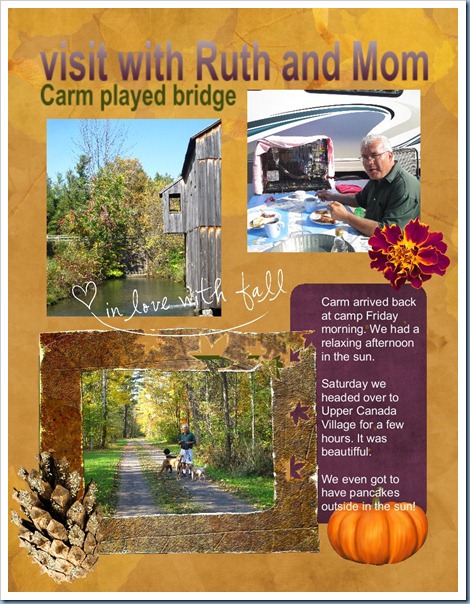 It’s Jeff Goldblum’s birthday today – normally I wouldn’t mention a celebrity but there’s a story … At our morning coffee break (in the olden working days) we had a list of names that we would repeat, usually because all 4 of us had tried to remember their name but had to resort to goggle. I’m sure you’ve all been down this road - “remember that guy, you know, the one that was in that movie…”. So we had a list of half a dozen or more names: Francis Gary Powers, Marisa Tomei, Jeff Goldblum, and here’s how bad my memory is – I can’t remember the rest, or even if there were any more!