I started off my day with a quick trip outside into the freezing cold. We didn't even get down to the corner before Kabira was hopping on 3 feet, begging to go back inside. It was cold, but oh my the sun was blazing. There is nothing more beautiful than snow covered trees, powder blue sky, and yellow orb. Kabira didn't agree and thought it was just cold. 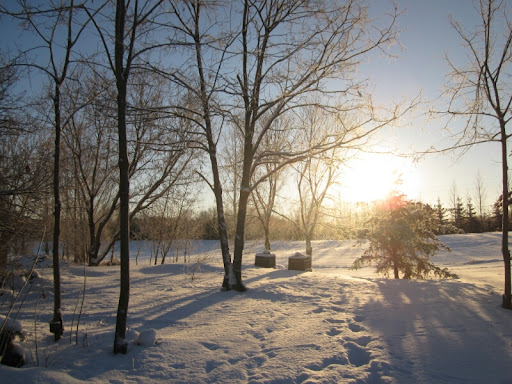 Grace has been making me laugh every morning when I make my smoothie. As it was wizzing around in the magic bullet I looked over at her cage but was surprised to see her still on her swing. I thought maybe she was sick of the smoothie... as soon as I turned off the blender she rushed over to the place where I feed her, talking the whole way. She doesn't actually say any words when she wants something, but instead peeps, whistles and squeaks. It was pretty clear that she wasn't sick of it at all and in fact was rather impatient that I didn't get there faster!

I wish I had gotten a picture of Spike after I decked him out in his Christmas outfit. He even remembered about carrying the little Santa basket. Three years ago when he was coming to work with me we visited everyone's office to hand out candy canes to the kids (everyone brought their kids in on Christmas Eve). He wore a hat, and had a jingle bell scarf around his neck. And to top it off he carried that bag everywhere. He was/is just too darn cute! Of course with an outfit like that he had to come along with us to Norwegian Christmas Eve. 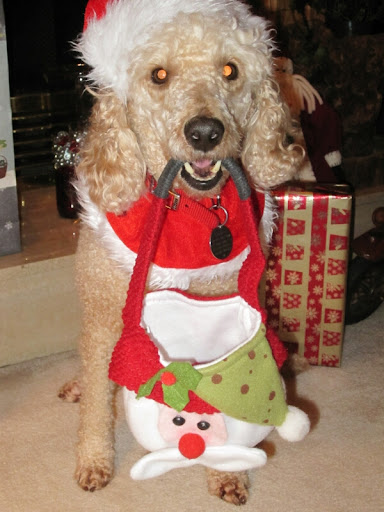 Once we got to Mom and Dad's I put on his collar and hat, gave him the Santa basket and he ran around the house looking for Grandma or the kids. Sometimes this dog does things that just makes my heart swell.

We had a wonderful evening, FULL of excellent Norwegian food and marvelous company. Not only were Graham and Carole and the kids there, we were also blessed with Kari and Trevor. Mom as always did a fantastic job making such a wondrous meal (with enough to feed all our Norwegian relatives just in case they dropped in!). We missed having the whole family there though - with Kirsten and Olaf in New Zealand it sure is an empty house. We missed out on a few of our traditions, such as the reading of "Twas the Night before Christmas", or all joining hands and jumping around shouting Santa is coming, Santa is coming! But it is best not to dwell... but Christmas just isn't the same anymore... 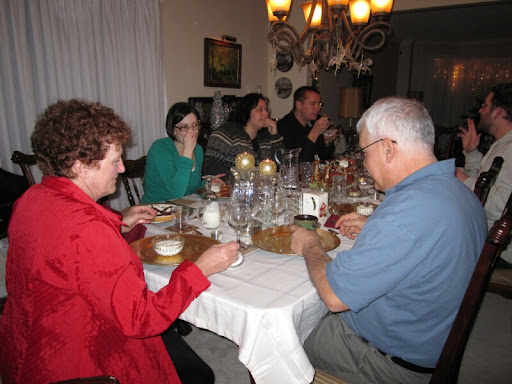 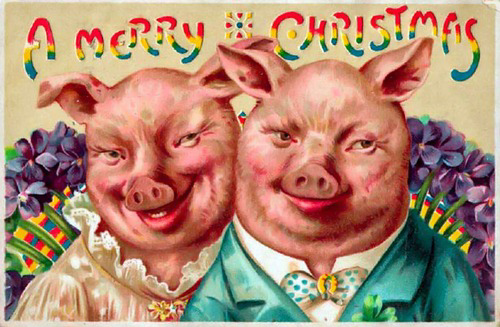