Did everyone go out shopping yesterday? We weren't going to (the last thing we need is more stuff!), but felt antsy so decided to take the scenic route into town and hit up a few stores. Although it clouded over just as we were leaving it was a lovely drive and one which we rarely if ever take. Once we got into town our first stop was Loblaws. SCORE! We got 2 folding bistro tables and 2 beach umbrellas, all for under $5 each. They will be perfect for camping, and since the tables fold they will easily fit in the closet. Next stop was Future shop. I don't know why we go there every year as we never get anything and the crowd is just outrageous. I did see a camera on sale that interested me if I were in the market for a new one. Finally Home Outfitters finished us off. We scored some Keurig coffee at a great price, and picked up something for Carm's mom for her upcoming birthday. 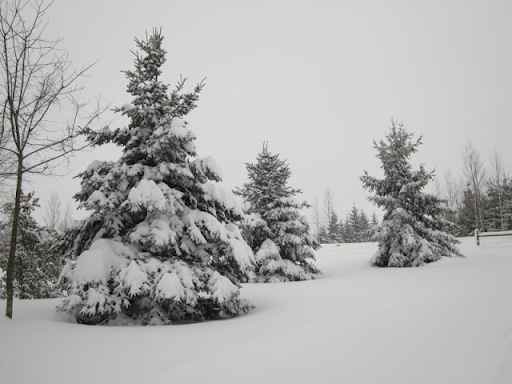 I should mention that one of the things on my "things to do if I'm feeling depressed" list is to go for a drive. It works every time - foolishly I don't always think to get out that list and just sink deeper... but this time I was proactive - yeah! 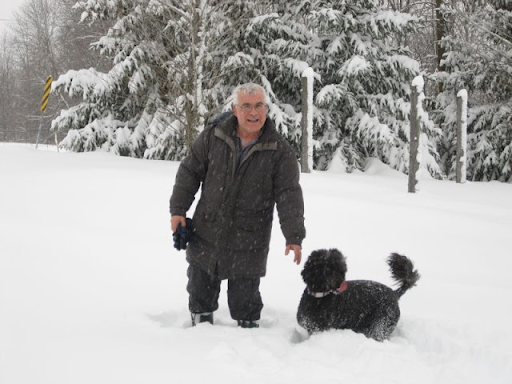 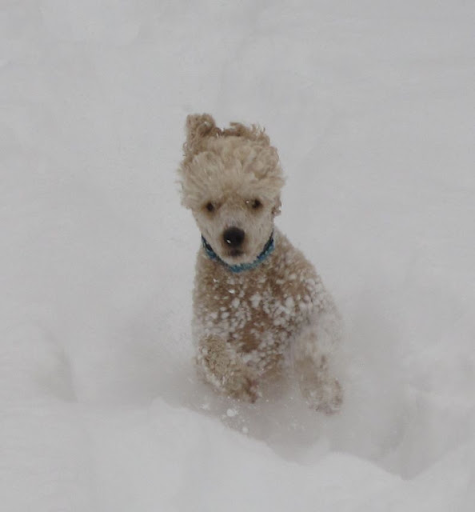 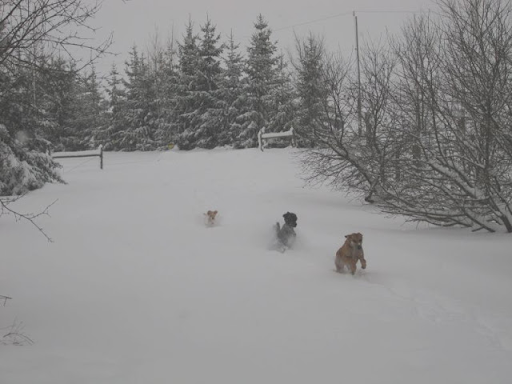 Overnight we got hit with another snow storm - this one dumped a heap of soft, light, fluffy snow on us. It is a good thing we don't have to go anywhere today as we are socked in again. We are second last on the snowblower guy's list so we don't usually get done until 10 or 11pm. In the meantime we went out with the dogs this afternoon, us to do some shovelling, the dogs to load up with snow so that they can soak the floors in the house. Kabira wasn't impressed so wanted in the house right away; Bella and Spike were content to play a little longer. They didn't last as long as we did though! As they've gotten older their interest in playing outside in bad weather has waned. 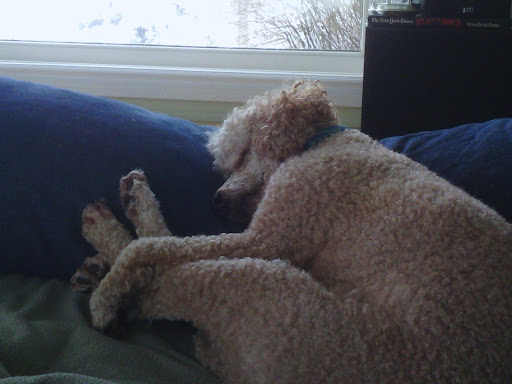 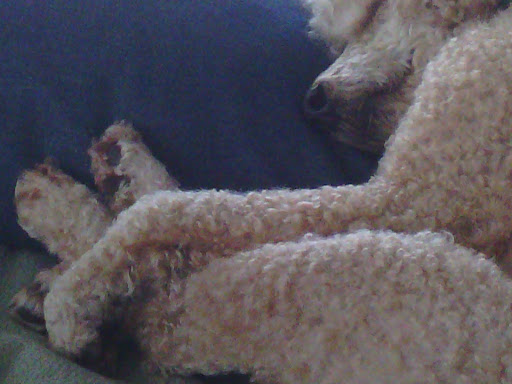 What pleasures have I been grateful for the last few days? hot chocolate topped off with a dollop of eggnog - the little local dairy makes the best nog ever - but next year I'm going to make my own with a vegan recipe I have - less calories and fat too ; eating a tender piece of steak - we haven't had one for a few months so treated ourselves to a steak dinner last night - yummm - in the "old" days we would have had a whole giant steak each, now we are happy with just 1/2, and instead of mashed potatoes slathered in butter we had quinoa ; talking to Kirsten on the phone and hearing about Shenna's ride on the beach! and Nissa's adventure at pony club; playing with the dogs in the deep snow - it was over Spike's back, but that barely slows him down.

Sunshine is delicious, rain is refreshing, wind braces us up, snow is exhilarating; there is really no such thing as bad weather, only different kinds of good weather.