Carm unearthed a special bottle of wine for us last night. The 2006 vintage Vino Nobile di Montepulciano was a rich black liquorice with black berry when it was first opened and then mellowed into a smooth red ambrosia.

But enough of that…

Inspired by the date on the bottle, I wondered what we were doing when those grapes were growing and harvested.

It seems that 2006 was a big year for us. I was still learning how to stay well and part of that was re-evaluating our lifestyle. A barn full of horses was a big responsibility and one that I wasn't well equipped for anymore - it was time to do some serious soul searching. Having the horses was my dream, but my dream was making my reality too hard to deal with - more than a few tears were choked on as I made the decision to downsize.

Initially I thought of keeping one or two riding horses but every time I rode I fell off. Side effects from medications were messing with my balance. I worried that eventually I'd really hurt myself and not just turn black and blue from a few bruises or limp from a twisted knee. I knew myself well enough to know that if there were a horse in the paddock, like iron drawn to a magnet, I would mount up. They all had to go. If you know me very well you'll know that giving up this dream wrenched me to my core. But in the end, I wanted to be well more than anything else. 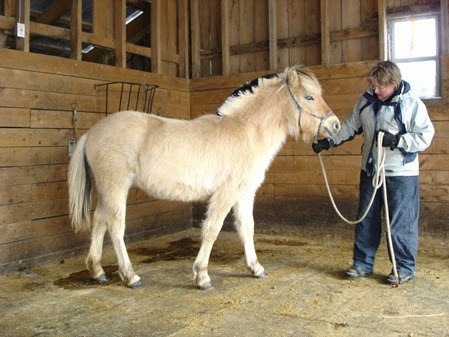 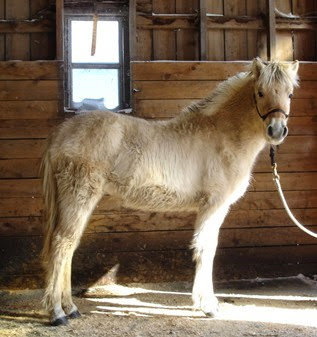 Fiorgyn and Ulfrun were two of the four foals that were born in 2005. With four yearlings and I can’t remember how many grown horses, we had a barn full at the beginning of the year. Throughout that spring and summer horses left the farm as we found new homes for them. By September we just had 2 left - Luna and Torge, one of the foals from the previous year. Two for the winter seemed manageable, plus I needed a break from the exodus. 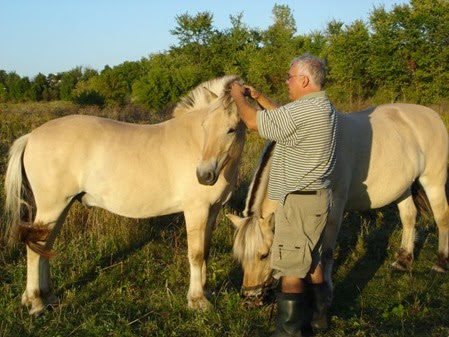 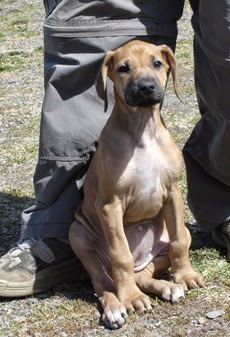 The horses weren't the only things in our lives, we had dogs, and some of them were getting older. Early spring we said goodbye to Grizzle, our Borzoi. He left a giant hole in our hearts which we were anxious to fill.

We got Kabira at the end of April. She was the last available puppy in a litter of 12 but I think we got the pick of the litter.  She does have an undershot jaw and a crooked tail, but those flaws are out shined by her loving disposition. Her 9th birthday is coming up in Feb and I intend on having a full post all about our Kabarific.

You would think that there were already plenty of changes already made but there was one big one in store for us – a change that would affect us for many years.

In September, on a lark, we went tent camping. We hadn’t been camping for well over a decade but it seemed like a good idea. Being away from our responsibilities was a balm to my soul. While we were away I felt a release of tension - it was almost a holiday for everything, including my illness. I liked it! But I wasn't crazy about sleeping on the ground – it was September with overnight temps dropping to just above 0C. It was so cold that Bella and Kabira wormed their way under the covers at night to keep warm – we didn’t kick them out, they were keeping us warm too!

The gears in my head started turning (at a ferocious rate I might add), and soon I had Carm convinced to do some trailer shopping. We looked at many small ones but were eventually drawn to a 24' fifth wheel. The deal was signed and we anxiously awaited delivery. 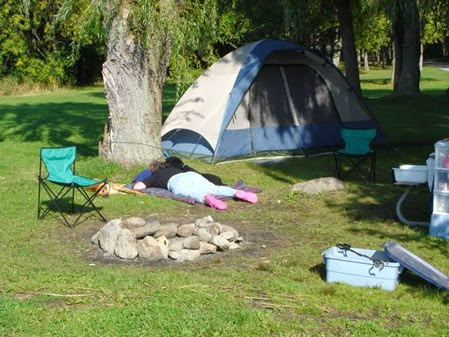 Our first trailer arrived home in November. We were both really excited and couldn’t wait till the next summer to spend a night in it so as soon as it was parked in the laneway I started setting it up for a driveway camp. With a down comforter on the bed and a hot supper on the table we popped open a bottle of bubbles to toast our new lifestyle. 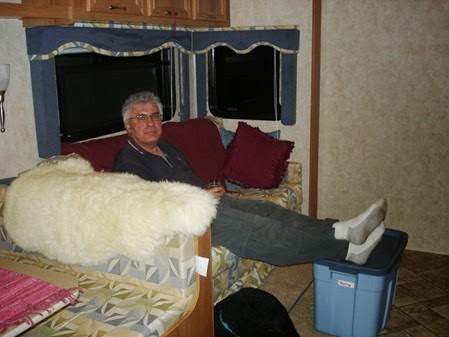 One should always be drunk. That's all that matters...But with what? With wine, with poetry, or with virtue, as you chose. But get drunk. ~Charles Baudelaire