Bjorn took me up on the weight loss challenge (5lbs by the end of October) - does anyone else want to join in? I always find it motivating to have a goal and to be accountable, even if just to this blog. 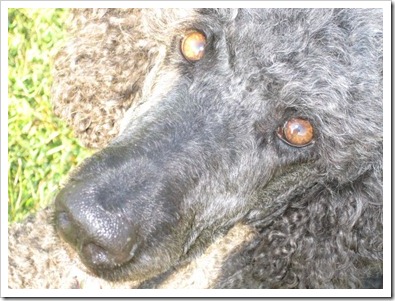 Yesterday as we drove into town the colour of the leaves on the big maples down the road brought to mind my restart into riding 17 years ago. It was this time of year that my friend Deirdre and I started leasing horses at a little farm not too far from here. It was one year after moving into the house, and at the same time that I quit smoking, both events which seem like they were another lifetime ago. Anyway, I don't recall how we found out about this place but we went to see it mid September and right away signed up. We used to meet there 2 or 3 times a week, sometimes we'd putz around the arena, but most of the time we headed out on the roads. At that time there wasn't much traffic on the local roads so we were able to ride along the country lanes (not so now, the roads are busy with crazy fast drivers). We had fun - we were re-living our childhood dreams. It makes me a little sad to think that it was so long ago... perhaps it is time to re-live those dreams again! 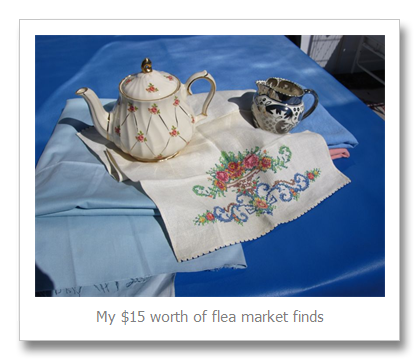 Yesterday we had another eating frenzy (I'm going to have to do some serious fasting to get to my goal at this rate). We started off with lunch at Carm's mom's. It was the usual Sunday lunch - pasta with homemade tomato sauce, meatballs (delicious homemade ones) and sausage. And cake. Always cake. 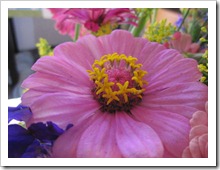 Then we drove to friends Eric & Betty for the afternoon, capped off with homemade pizza for supper. Yum. Friends Adrian and Julia were also there - it was the first time we met Julia - she is lovely - she immigrated to Canada from China, making the move all by herself. I think that is so brave!  Eric and Betty have an interesting story as well. Eric was in Tucson at a conference (along with Carm), he was early for a planned supper so sat down at the bar to wait, where he met Betty - they hit it off right away, and a year later they were married. They split their time between the northern climes of Ontario and the hot sunny south - a perfect mix. One never knows where love will find you :-)

Here’s how it goes with Kristen Lavransdatter – after reading this you’ll understand why sometimes I have to re-read a paragraph several times – especially as I am reading right before lights out!

“Night  after night he had knelt with close-shut senses and limbs benumbed, till he saw  the vision. The hill with the three crosses against the sky. Yonder cross in the midst, which was destined to bear the Lord of earth and heaven, trembled and shook, it bent like a tree before the storm, affrighted that it should bear that all too precious burden, the sacrifice for the sins of all the world. The Lord of the Tents of Storm held it in, as the knight curbs his  charger, the Chief of thee Castle of Heaven it bore to battle. Then was made manifest the wonder that was the key to deep and ever deeper wonders. The blood that ran down the Cross for the remission of all sins and the boot of all sorrows, that was the visible miracle. By this first wonder the soul’s eye could be opened to behold the yet darker mysteries – God that descended unto earth, and became the Son of a Virgin and Brother to mankind, that harried hell, and stormed with his booty of souls set free up to the blinding sea of light, wherefrom the world hath issued and whereby the world is upholden. And towards those bottomless and eternal deeps of light his thoughts were drawn up, and there they passed into the light and vanished, as a flight of birds passes away into the glory of the evening sky.”