I’m so full that I can barely sit at the table to write this. In fact I may have to go change into pants with an elastic waistband. 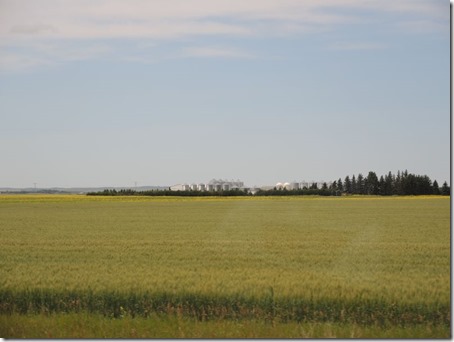 We just got back from supper out at a place called Deja Vu Cafe. It was featured on “Gotta Eat Here” a while back and now has a reputation as the place to go for wings and shakes. So wing and shake we did. And deep-fried pickle. And french fries. The wings were great, and with over 40 different sauces to chose from it was hard to keep it to just 4 choices. I think there were an equal number of milkshake flavours to chose from as well. I had chocolate peanut butter banana (oh my gosh I so full just saying it makes me want to heave!). It was great. Carm had French vanilla. I was only able to eat 1/2 my wings and just barely touched the fries. Carm didn’t make it through his meal either – so we have supper for tomorrow night! 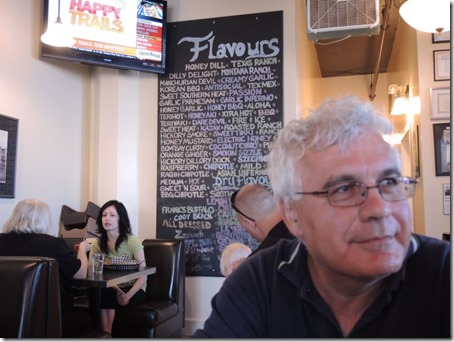 Back to the beginning of the day… we were up early of course, with our systems still set to Ontario time (+2hr). After a leisurely breakfast and a walk for the dogs, Carm and I piled into the truck for downtown Moose Jaw and the Capone tunnels. We signed on for the next tour of the tunnels as they were used for bootlegging. It was a fun tour, with actors playing parts as we saw some of the underground world. I would have liked to see more of the tunnels, and maybe less acting, but then again, with claustrophobia it was good not to spend too long underground in the maze! 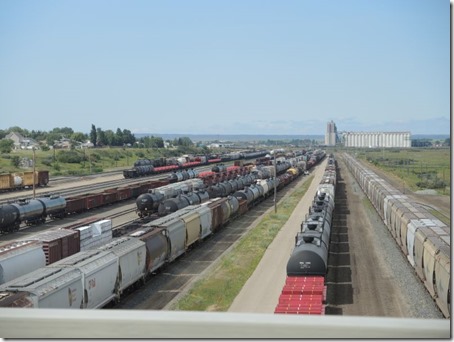 After the tunnels we drove out to the Air Force base where we saw the Snowbird planes parked on the runway (Moose Jaw is the home of the Snowbirds). We found a place to park and watched some trainers come and go. I was hoping for some big jets, but no such luck. 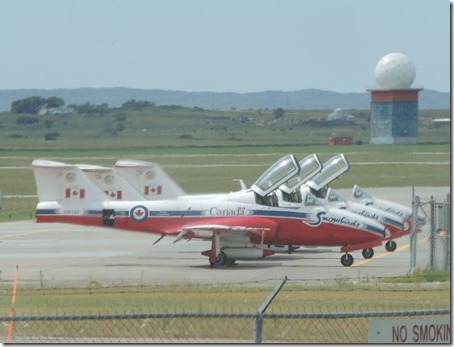 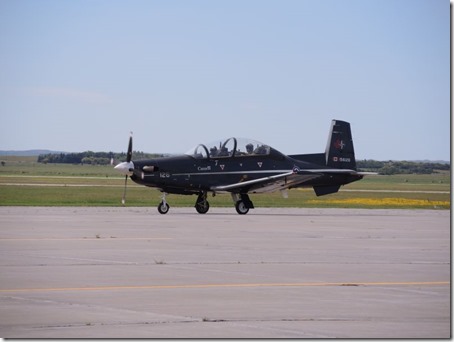 We stopped for gas, checked out the liquor store and then came back to the site and the dogs. They eventually convinced us that they needed to go for another walk – this time we ventured farther afield. Through a prairie dog town of course! 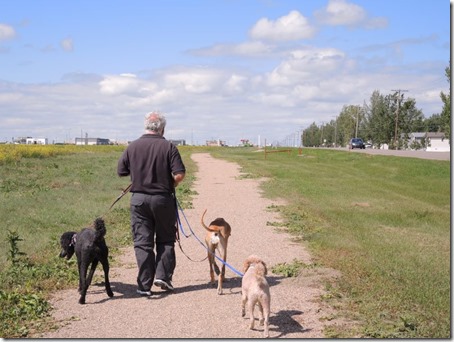 And after a bit of time reading it was time for supper and here we are now. Full. Too full.

It is the sweet, simple things of life which are the real ones after all.