Roaming over the prairies

The time difference still has me a bit messed up, so I was awake at 7am, and up by 7:30. The dogs were happy to get outside for few minutes to smell the Alberta air, and then it was time for coffee and blog writing. Once Carm was up and coffee'd we put on our walking shoes and headed down the path.

We planned to go farther today and did. After a long climb, we crested to where we could see one end of Echo Dale, the park where the family reunion will be held. It was off in the distance and below us - according to another dog walker that we passed, a mere 5 to 7 more km to get to the bottom where the park is. I guess we won't be walking there! We will try walking from the park up to the spot where I took the photos in this post, but I doubt we'll actually make it that far. Distances are deceiving here! 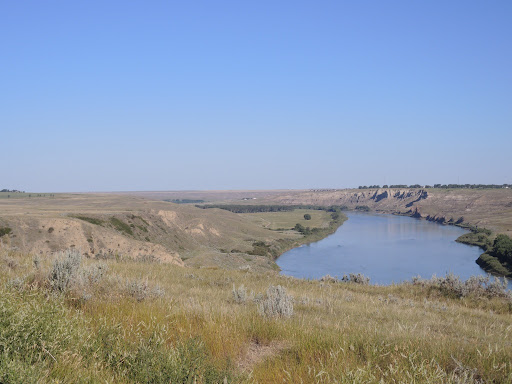 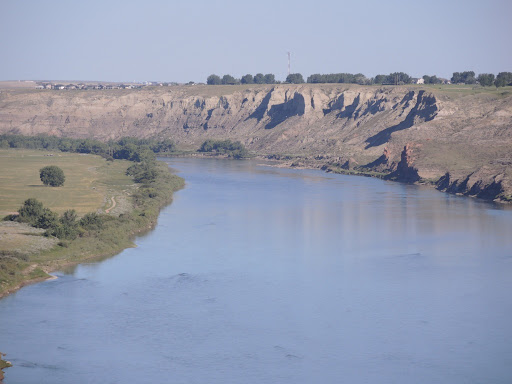 We saw some cactus on our walk! Another reason to keep the dogs on their leashes and on the path. There is also a lot of sage along the path - I thought taking a few snips and tucking them into our pillows would make for sweet dreams.

After we got back and cooled down, Carm and I went off for some shopping. As soon as I turned the music on in the bedroom the dogs went up and lay on their beds. They know the drill for when we leave them. They are good dogs :-)

Costco was just as it was in Ottawa, with perhaps different prices, and even some different items. I saw a package of roasted seaweed that I've never seen back home. It also wasn't packed. After that we drove to the Info centre to pickup some maps and other travel information. Then off to the shopping district hoping to find a grocery store. There is a super store, but we passed a Safeway first so popped in there for the few things that we needed. Prices are a bit higher than back home, but not drastically so. Space is bigger here, even the grocery store aisles go for the prairie feeling of openness! 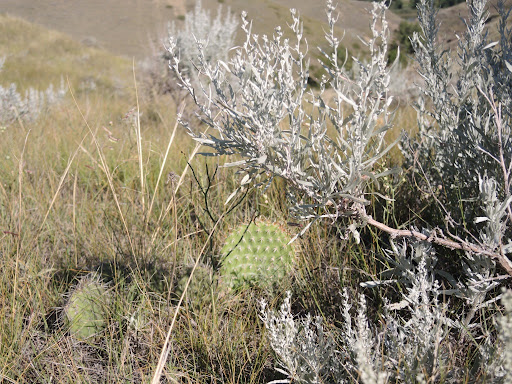 Then it was time for BLING! I remembered where the store where I bought my necklace last summer was - I was tempted by belts, purses and boots, but didn't buy anything. My goodness we were almost blinded by all the rhinestones ;-)

We drove through downtown, then thought we'd look for my Uncle's place. I didn't have the address, but I had a vague idea where it was and sure enough we found it. No one home though.

Back to the camp for laundry, a drop in visit with my dad and Rolf, showers, and now sitting outside enjoying the day. Life is good! 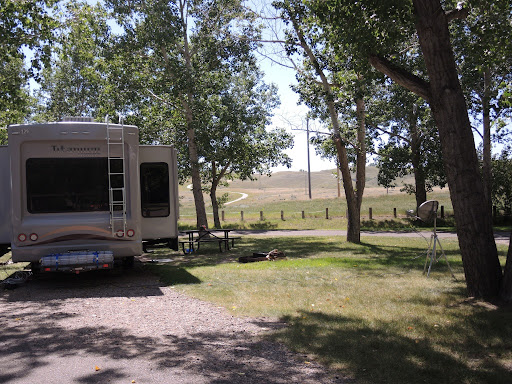 I felt only as a man can feel who is roaming over the prairies of the far West, well armed, and mounted on a fleet and gallant steed.